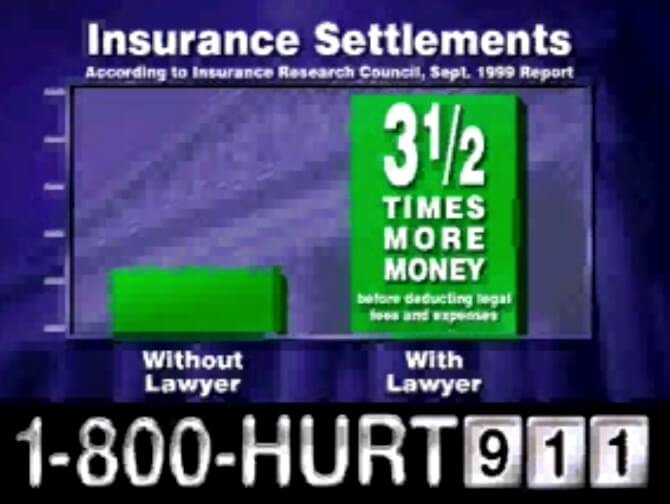 The rules weren’t just thrown out in an embarrassing and devastating blow to the Florida Bar. Larry Bodine wrote they were blasted out. This is a warning to every other state attempting to regulate lawyer advertising with many rules which often seem unconstitutional.

This is a preview of Rule Against Advertising Past Results is Past. Read the full post (664 words, 1 image, estimated 2:39 mins reading time)

The city of San Francisco doesn’t want children to get a toy with their meal at a fast food restaurant if they want french fries. However the city would allow them to get a toy if they eat something healthy (within their nutritional guidelines).

This could be just the right thing to save children from a lifetime of diabetes and heart disease, at least in theory. Or this could yet another example of regulators with a lack of marketing knowledge. It just might take the marketing people at McDonald’s, Burger King and other fast food chains at least 15 minutes here or there to come up with marketing ideas to get around the problem.

Today, a friend who is a collection lawyer in New Jersey, told me a story about a woman who he represented for free. The woman was previously represented by a New York lawyer in the Bronx who stole her entire $25,000 settlement. The client, on her own, obtained a default judgment against the lawyer but was unable to collect any money. My friend successfully obtained reimbursment for her from the New York State attorney-client fund.

This is a preview of What does the image of lawyers have to do with Lays potato chips?. Read the full post (368 words, estimated 1:28 mins reading time)

This is a preview of Strict new lawyer advertising ethics rules are being proposed in New York. Will you have to redesign your ads?. Read the full post (1354 words, estimated 5:25 mins reading time)

It has been reported that Cellino & Barnes, a law firm in western New York, has approximately 150 billboards advertising their law firm. Of course, the law firm name of Cellino & Barnes is prominently displayed on the billboards. Recently, one of its principal attorneys Ross M. Cellino was suspended for six months from the practice of law.

The Appellate Division, 4th Department said that an attorney who is suspended cannot hold himself out as a lawyer. Consequently, the law firm changed its name to The Barnes Firm and and will now have to change every one of its billboards. At a cost of approximately $1,000 in printing and installation costs to change a large billboard, this will cost the law firm just a few dollars to change approximately 150 billboards.

Lawyer Advertising Blog was a
Featured Web Log of the Week
at About.com